In business, there is one term called “Geological Indication”, demanding companies which sell one product and boost the product value by attaching it to geological indication characteristic of one area. For example Starbuck selling one coffe that they market it as Coffee Gayo, name after one area in Aceh province, Indonesia, which grow coffee. From the Geological indication regulation, the coffee grower in that area have the right of some of the profit Starbuck made from selling each Gayo Coffe they sell.

Now, what if we as the netizen of the internet world push the idea of keyword individual indication? because nowadays google sell keyword to corporate and make money from it. Some of the keyword is being made monetizable by other people, which when google make money out of it, Google need to pay royalty of using that keyword 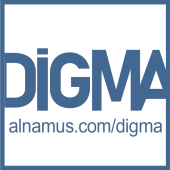